skip to main | skip to sidebar

What attracts thousands of people twice a year, takes place in the middle of nowhere, has no official name, and no one person or organization running it? It’s Round Top, of course. By September 25 you will find dozens of circus-size tents selling decadent period furniture, old barns full of crumbling grandeur, and open fields where thousands of people gather for not only the largest antique show in the country, but an unparalleled Texas experience on a two-lane country road between Austin and Houston.It all began over thirty years ago at the Rifle Hall in Round Top, Texas. Originally founded in 1968 by Miss Emma Lee Turney, the crème de la crème of antique dealers began setting up shop for a weekend event, which quickly expanded outside of the hall and under a big tent. Over the years the show branched off to include the towns of Warrenton, Carmine and Shelby. Dealers also set up across the countryside between small communities, such as La Grange, Giddings, Brenham and Fayetteville. At last count there were about thirty-five separate locations housing at least 2,500 antique dealers, junkers and collectors.

My husband calls it “Camp Round Top.” We first started road tripping to the semi-annual show over a decade ago, and have only missed “camp” once in all those years. My favorite stretch to trek is between Round Top and Warrenton on Highway 237. The original show is only a four day event, but the best deals are found with the dealers that set up in the surrounding areas a week earlier. I thrive on hiking through the fields and negotiating with seasoned collectors for that funky treasure I’m sure I can’t live without. It is also in Warrenton where my husband, Andrew, helps Edward Foster, known at the show as “Rug Man.” They display turn of the century oriental carpets next to the roadside Warrenton Grocery, and sell room-size Oushaks to Highland Park and River Oak designers on a dusty two-lane road that, on a normal day, has just an occasional cattle trailer zooming past. Next to the rug booth is the historical Zapp Hall where a wonderful mix of dealers set up high quality collectibles. Outside of the hall you can rummage through chicken coops that have been transformed into chic havens, or giggle with the rowdy Junk Gypsies in their crazy tent full of vintage cowgirl finds. Each night there is live music and dancing under the stars at the makeshift shed they call Bubble Lounge, not to mention their famous Prom Night where gals dress in silly retro prom dresses and cowboys boots.

The original show may still be a huge draw, but halfway between Round Top and Warrenton is the mother of all antique shows at Marburger Farm. With over 400 dealers from 39 states, you simply have to see it to believe it. At 10:00 on Tuesday morning, before the original Round Top show begins, hundreds of SUVs, limousines full of Houston housewives, and die-hard buyers with trailers in tow, begin lining up in both directions down Highway 237. We all file into the 30-acre farm like well-trained soldiers, and pay $25 per person for the privilege of early buying. I swear every year I’m not going to pay to get into the show early, but I just can’t seem to resist. By 9:30 a.m. I have wormed my way behind the security ropes next to wealthy trophy wives, fellow shop owners, top designers and even celebrities. There are groups who come strapped with walkie talkies and strategically send their forces into four tents, each large enough to cover a football field, five big-top circus tents, and twelve vintage Texas buildings. It doesn’t matter if Dennis Quaid or Martha Stewart is standing next to you, opening morning is serious business. I usually have Rachel Ashwell and her Shabby Chic entourage on my heels, and if I can’t make my mind up fast enough, Mary Emmerling will come through and swoop up my new found treasure, before I can ask “how much?”

After a long day of shopping we head back to base camp, where the Outpost at Cedar Creek sits on a beautiful 48-acre compound, just five miles from Round Top’s town square. It has 6 guesthouses perfectly placed on the property, and each one is wonderfully appointed with the finest linens and perfectly placed furnishings. The inn has been featured in most every magazine you can name, and recently won Best Inn in the Southwest & West. Each morning all the guests walk up to the great Texas barn, called Rangers Lounge, and eat a fabulous breakfast before heading out for the day. We all meet back at the end of the day and talk about our finds while drinking a glass of wine as the sun sets over a fresh-mowed pasture.

Of course, the day is far from over because a trip to Round Top is not complete if you don’t eat at Royers Round Top Café. Bud Royer is an institution in Round Top, and his family-run cafe is half the fun of going there. While helping yourself to a bottle of beer, on the honor system, everyone sits on bales of hay in front of the café waiting for Bud to call their name. The café looks like the kind of place that only serves chicken fried steak and hamburgers; but behind the old screen door, Royers can dish out one of the best steaks around, and has a great wine list to boot. We got to know the Royer family a few years back when Texas Monthly Magazine voted The Dove's Nest and Royers Round Top Café two of the top ten best small-town restaurants in Texas. We also published our cookbooks with the same company. If you are lucky, Bud will seat you at one of the community tables, which can be the highlight of your trip. Over the years, we have made great friends with many of our nightly dining companions. One year he put us at a table with actress Mary Steenburgen.

You just never know who is going to show up in Round Top, Texas...population 72.I hope you get the opportunity this fall, to come experience Round Top. The Zapp Hall show in Warrenton opens Saturday, September 25 www.zapphall.com. Opening day at Marburger Farm will be Tuesday, September 28 www.roundtop-marburger.com, and the original Round Top show starts September 29 www.roundtoptexasantiques.com. See you at camp!
Posted by the dove's nest at Saturday, August 21, 2010 1 comment: 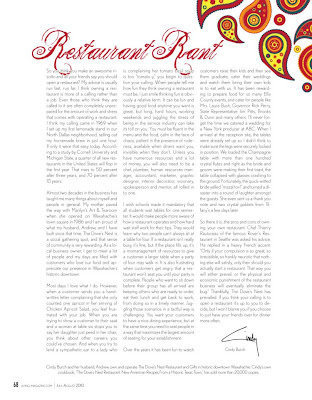 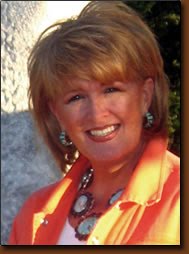 how we feathered the nest...

In 1992 my husband and I opened a little restaurant in the back of my mom’s gift shop on the historic town square of Waxahachie, Texas. We had a tiny kitchen with household appliances and quietly began preparing lunch each day for hungry tourists and townsfolk of Ellis County. To our delight, we found our 30 seat tearoom was filled with customers that loved our food and many more waiting to be seated. Within months my husband quit his full time job to take over the business end of things, while I began preparing as much food as possible each morning with a sweet little lady who would tirelessly appear each day to bake homemade pies, cakes and cobblers. We wondered at times if we had taken on too much of a task, but every month got easier, and the joy we brought to our satisfied customers made it all seem worthwhile.

We had more than outgrown our tiny space when an opportunity came to buy the original hardware store building built in 1913 by the Moore family. Southeast of the town square, our restaurant now occupies the saddle and tack room in our 12,000 square foot building, and serves New Southern Cuisine to over 100 hungry mouths daily. We have a cookbook in its third printing, having sold over 25,000 copies and winning the National Writers Digest grand prize award for self-published books. We have received three and one half stars in the Dallas Morning News, coined the phrase, "It’s Worth Flying South” in the Fort Worth Star Telegram, and most recently, Texas Monthly Magazine voted us one of the top ten best small town restaurants in the state. We have also been reviewed in both Southern Living and Better Homes and Gardens magazines, along with multiple appearances on Good Morning Texas and Good Day Dallas, promoting our cookbook.

My husband, Andrew still runs the business side of things with Executive Chef Aaron Neal preparing some of the best food you will ever eat. My mom’s gift shop is still a part of our business here, and serves as home base for her art, books, and cards sold in stores across the country. We also have an antique furnishings and home accents shop housed in our wonderful old building. In the spring of 1998, we renovated the second floor loft and built a home that we share with our rottweiler, Maggie, and two cats. Our loft has been featured on Designing Texas and shot for numerous publications. On any given day you will find us working in one of our three businesses, along with other family members, friends, and loyal employees. We look forward to welcoming you to The Dove's Nest and our beautiful historic town square. 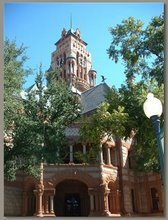 our beautiful courthouse on the town square of Waxahachie, Texas

Read my articles in Living Magazine 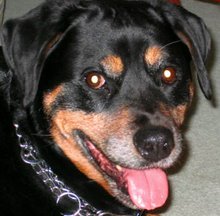 THE REAL BOSS AROUND HERE 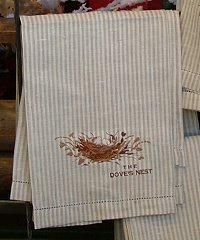